You are here: Home / Lightroom / The Perfect Computer for Lightroom

We’ve all go the need for speed. My goal in my Lightroom Coaching is to always help photographers move their their digital workflow more quickly. I think we all want to move quicker in the editing phase, and that’s the goal of all of the teaching that I do.

But what if the slowest part of your workflow isn’t you? What if your computer is to blame? If you find it locking up, freezing for several seconds, or generally taking a long time to complete operations, you probably need to upgrade or clean out your computer. Today, we’re talking computers to help make Lightroom run at top speed. 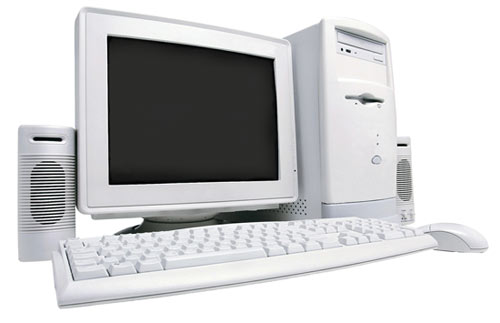 Yeah, probably wouldn’t want to run Lightroom on this computer.

This is kind of a technical discussion, but I’m going to make it as easy as possible. These parts and components are far more complex than I’m going to make them, but the goal here is just to keep it simple. Whether you’re buying a new computer or looking to upgrade your current one, keep in mind some of the things that I’m discussing here.

There are really three basic computer components that drive the speed at which our computer moves.

Out of the three factors, this is probably the toughest to change or install. I recommend buying this right the first time. We  want the absolute fastest processor that you can find. These days, that means looking for an Intel processor that is an i7 processor. AMD also makes processors, but my computers are usually Intel machines, especially given that I am switching exclusively to Mac.

Processor speeds are expressed in gHZ, or gigahertz. The i7 processor I mentioned above is actually a quad core processor. Typically, more processors are better and lead to faster performance. (Again, this is a very simplified technical discussion)

First, Lightroom loves RAM. The more you have, the better it runs. If you aren’t familiar, RAM is a part inside of your computer that helps (more). Think of RAM as the temporary space that

My Macbook Pro recently was upgraded to 16GB (gigabytes) of RAM, and another computer in my house has 8GB of RAM. 4GB is probably enough to comfortably run it, but again the idea is the more, the merrier.

Big and fast – those are the two factors you’re looking for in a hard drive. 1TB, or one terabyte (1000 gigabytes) are commonplace today and give us tons of storage for our photos. With high megapixel cameras, this is so important.

When it comes to speed, you’re probably wanting a 7200RPM drive. Don’t overlook the speed of the drive as a key factor of the computer. The faster the drive, the faster it starts up, opens programs, and generally responds to your inputs.

If you haven’t heard, one of the recent big innovations is the rise of SSD hard drives. I’ve got one in the computers I use, and I could hardly live without it. An SSD is like a huge flash drive that works in place of a hard drive. Because there’s no moving parts, they are much, much faster. However, they are also very expensive compared to traditional hard drives – even though prices are dropping.

While I was a Windows user, I was semi-religious about periodically formatting and reinstalling Windows. This means completely wiping your drive and reinstalling from the ground up. Remember how fast your computer was when you first got it a year or 18 months ago? It’s like a completely new start.

This means backing up all of your data you want to keep to an external device, as well as reinstalling everything. If you are fairly handy with a computer, it’s not the hardest thing to do.

In general, try and keep things tidy! Uninstall software you don’t use. Have a good idea of where things are stored on your computer, and clean it out frequently. Set time aside and keep it pared down to the basics. I am constantly trimming down what is stored on my computer, and although it drives me a little insane, I know that my performance is better because of it.

Oh boy, I’ve got to tread lightly here. There are few debate that will spark a fire like the debate over which OS platform to use.

I went Mac and never regretted it. However, I think PC is a great platform too. Here’s the thing: all computers are simply the creative tools we use to make our art. I personally felt I could make more art more efficiently on Mac, so I switched. If cash is the most limiting factor you have, get the best Windows PC you can afford.

Lightroom is a fantastic program, but it’s only as good as the computer that it’s running on. There are some things in life that I don’t believe in cutting corners on – and a good computer that will last and run fast is one of them.